Doesn't "overcrochet" sound like a new crocheting technique?  I may have to come up with something worthy of the name.  In the meantime, I think I may have injured my hand trying to finish this blanket in order to donate it to Threads of Kindness before my move. 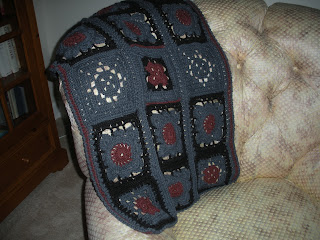 Who says crocheting is not a sport?  A dangerous one at that?

Usually I have about eight projects going at once, with various weights of yarn requiring various sizes of needles and hooks.  My friends are probably tired of hearing me say how switching sizes and techniques helps keep hardworking hands from hurting, especially Hands of a Certain Age like mine.

This time I didn't take my own advice, and I may be paying a price.  I was traveling and I wanted to focus on finishing up some smaller, travel-worthy projects, and then I became obsessed with this one, made from donated ALPACA, for heaven's sake.  (Are some people super-generous or what?!)

One of the squares I used for the blanket is my own design, the pattern for which I hope to post on here for free--as soon as I unpack the notes I scribbled.  As soon as I find which box they're in.  Or I could unpack things like dishes first, but hey, let's get our priorities straight! 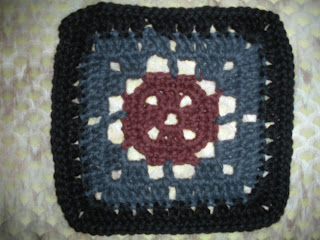 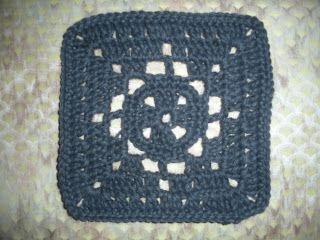 On the other hand, no pun intended, going back to this possible strained tendon in my right hand which aches at weird times, like when pushing a shopping cart, or zipping a zipper, or working at the computer, it could be from spending way too much time using a computer touchpad and scrolling and highlighting and clicking and such.  When I scroll especially, I've realized I tend to stick out my right pinkie like a snooty Victorian lady sipping tea out of a china cup.

Which is how all cultured people from the Victorian era surely scrolled on their computers, right?

Does anyone else spend way too much time trying to figure out why an ache or pain has appeared?  Since I can't know, and I won't stop crocheting, what difference does it make?  But I am back to working on eight different projects at once--well, five, but I haven't finished unpacking the rest of my WIPs (works in progress, for those of you who don't know).

And now, just for the colors, some views from the hotel where I stayed, by LAX: 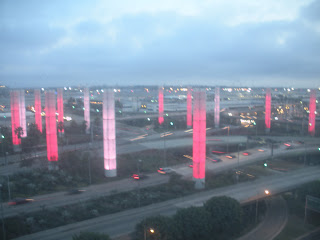 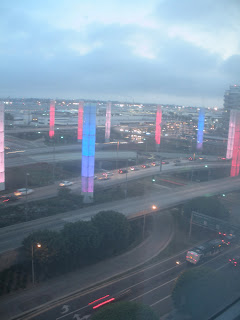 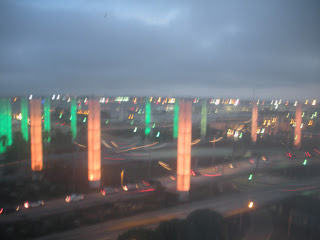 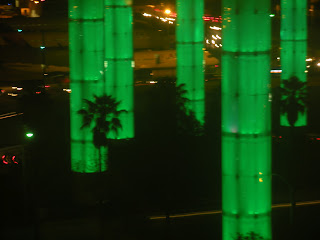 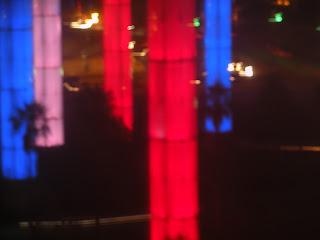 Thanks to all who have been supportive and encouraging as I travel (and travel some more) and make this big move!
Posted by captainhook at 9:21 PM