I recently got the felting bug and took a class at the LYS.  I plundered my stash, determined not to buy more yarn, especially for an experimental project.  I ended up using a combination of Cascade 220 and Plymouth Galway.  I especially like the Galway, a down-to-earth worsted weight yarn with a certain special something that makes for smooth knitting.  I made a sweater out of it a couple of years ago and it is super warm. 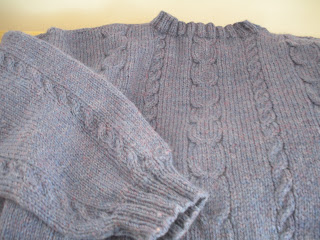 I also used some of the Galway left over from that sweater in my version of the Great American Afghan, along with some good old reliable Brown Sheep Naturespun, ye yarn of many colors. 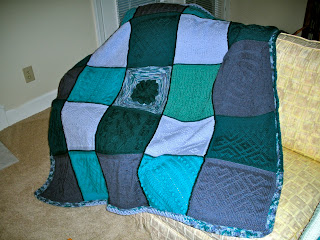 Anyway, back to felting.  There were two class sessions, allowing extra time for people who had never knitted a hat before, let alone felted.  For me, making a hat was not all that new, but it was fun sitting, knitting, chatting, and watching the hats grow.

And grow, and grow.

Because felting shrinks things.  And I wanted a wide brim on my finished hat.

Here I am at the shop, posing with the knitted result. 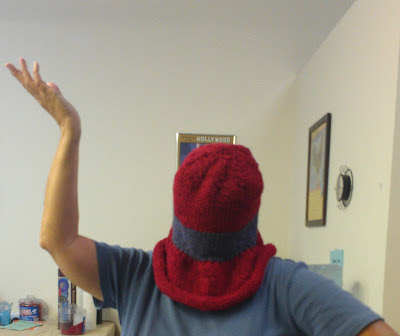 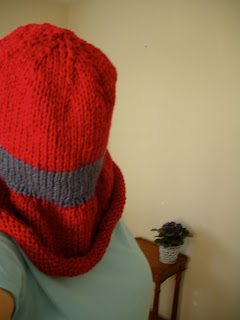 It followed me home.  EEK! 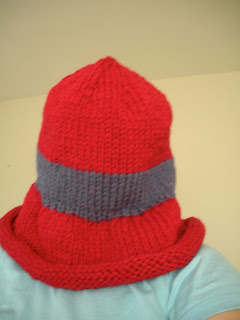 Then it was time to felt.


I learned that standing over a washing machine while something felts is a big turn-off for me.

Those of you who enjoy it, I applaud you, but it's not for me. 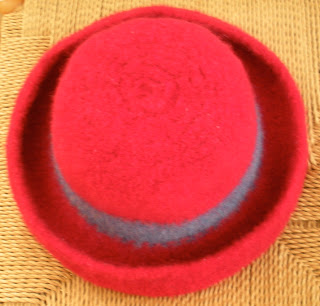 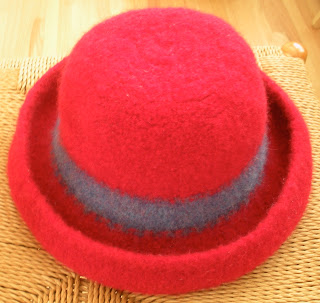 Leave it to me not to leave well enough alone, of course.

I crocheted some flowers and felted them along with the hat, just to see what would happen.

Now I'm playing around with where to put them exactly, and how.  I could pin them on, and they would be moveable and removable.

I could sew them on, maybe even with attractive buttons and such. 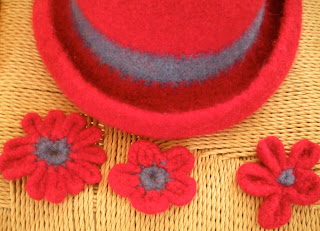 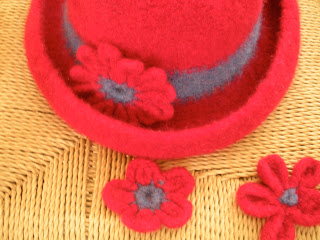 Someone was telling me about attaching magnets to the flowers and using more magnets inside the fabric to hold them, but I don't really want six magnets weighing down my hat and head, and possibly causing magnetic waves to wash through my brain, although that might turn out to be a good thing. 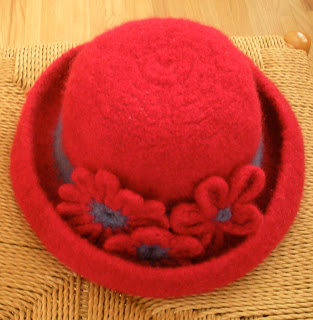 Then I took a needle felting class, and found out I could just needle felt them onto the hat!

True, I wouldn't be able to move them around, but I might be willing to forego that ability.

It may look like an awful lot of flower relative to hat, but in person, it's better.  I will be layering the flowers a little more so they take up less room.

Plus I can flip part of the brim down if I want; I think it's quite dashing!  I'm not a member of the Red Hat Society, but wearing this hat, I might have to join.