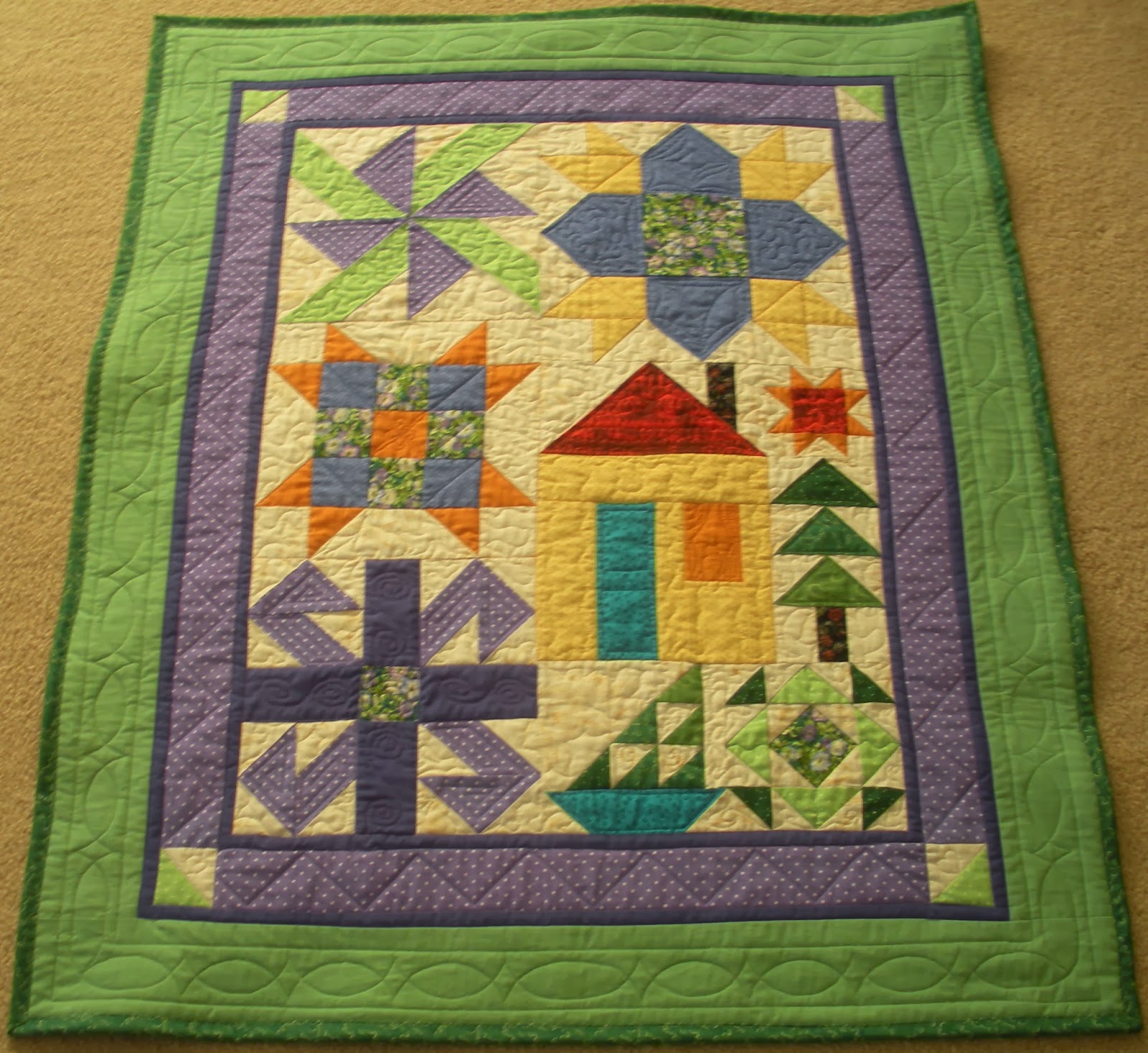 I finally finished my Quilting 102 project!

I started this sampler to learn various techniques in a class in the fall of 2012.  I did all the sewing and quilting on my home machines--I even dove in and tried free-motion quilting, just winging it and having fun.  I mostly didn't even draw designs;  I didn't want to take the time.

I did use a pattern paper for the outer, green border, however; it's that stuff that comes on a roll, and has some sticky stuff on the back, so you put the paper down and quilt over the dotted lines, and then pull the paper off and you look like a genius.

Actually, since the inner part is quilted so free-form and playfully, I almost find the outer border too structured.  But then, that's the whole point of a sampler, right?  Different styles and techniques.


Since I have made many things, designed many patterns, worked many days, and so on, between the start and finish of this project, I don't think it's surprising, let alone deplorable, that it took so long.

So many of us have scads of UFOs (unfinished objects), and some of us are incapable of completely accepting that.  We feel guilt.  We feel pressure or embarrassment, we feel we have to apologize, as if we are lazy or somehow dreadful people because we are drawn to beautiful fabrics and yarns and we buy more supplies and start more projects than Some People think we should.

How many times have I heard a fellow fiber fanatic say, with varying degrees of lamentation, "I have more fabric than I can sew in a lifetime!  I have more yarn than I can knit in a lifetime!" and so on.  As if it's a bad thing!  I've often felt that way myself.

I was chatting recently about this topic with a lady at a local quilting guild, and she said, "So, if I were able to finish sewing all the fabric I have, what would I do?  Just sit there until I drop dead?!  I've already told my daughter, she's going to inherit a lot of fabric."


I love that attitude and have adopted it as my own.  So be nice to me, I might put you in my will!


Anyway, back to the newly finished work of art, which I am calling "Home Sweet Home."  Not very original, I grant you, but it suits.  I love the Spanish style of architecture, with red tile roofs, and was thinking of that as I chose fabric and sewed.

I was envisioning my dream home, and although I don't have exactly what I had hoped, it's pretty darn close!  My apartment is in a complex with red tile roofs, and there are archways and red tiles in the entryway to my own corner of it. 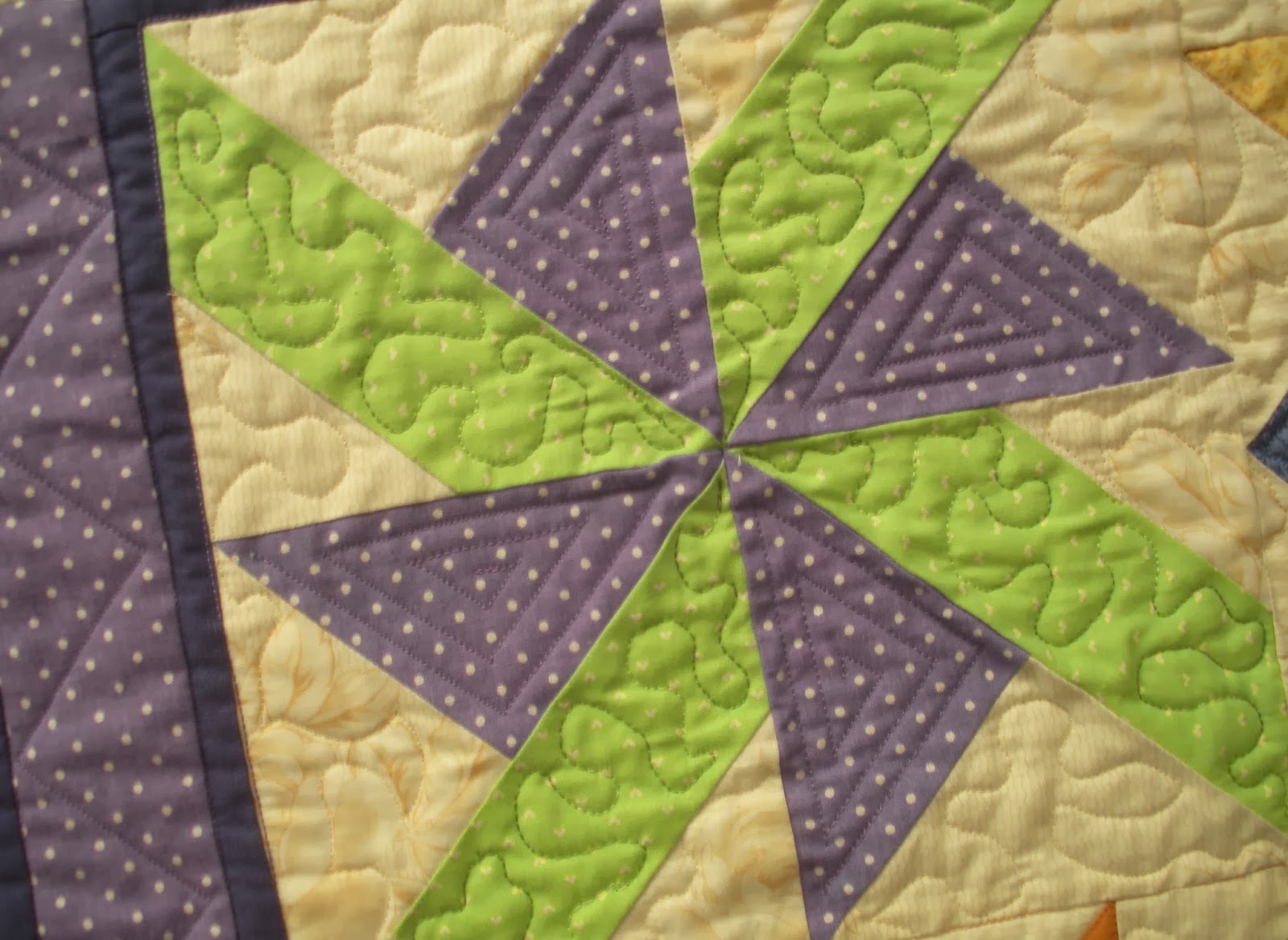 Some of you may remember, I wasn't going to quilt at all.  I had tried doing it by hand, and had given up in despair and loathing.  Then I moved to a place that had a great quilt shop nearby with great classes, Quilt Ventura, and I thought I would give it a try.

Well, those great teachers got me hooked.


The pattern was meant to be a wall-hanging, but I added some extra borders in case I wanted to donate it to charity as a baby blanket.  At this point, though, I love it so much and have put so much work into it, I plan to hang it on the wall in my apartment for awhile at least. 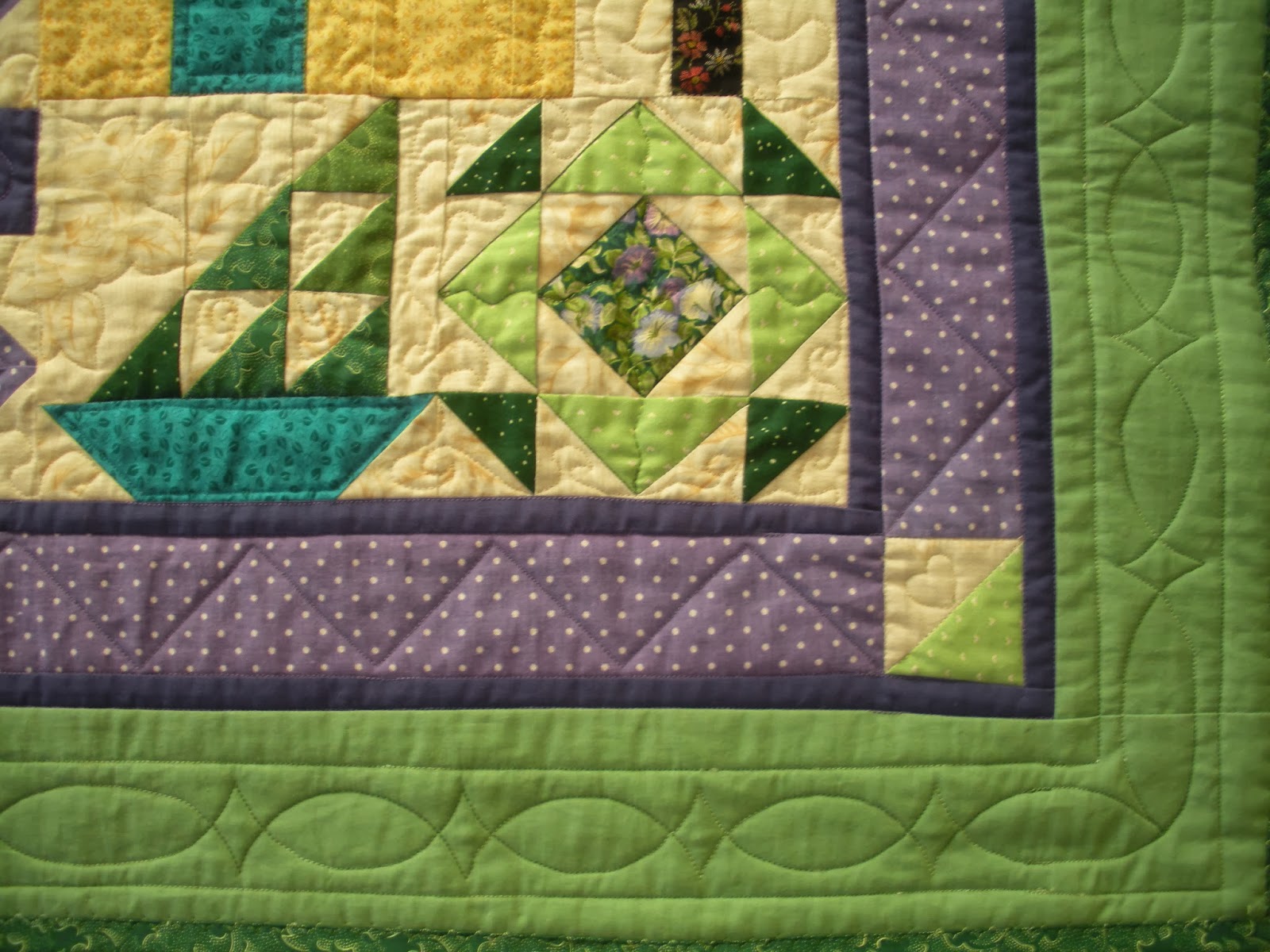 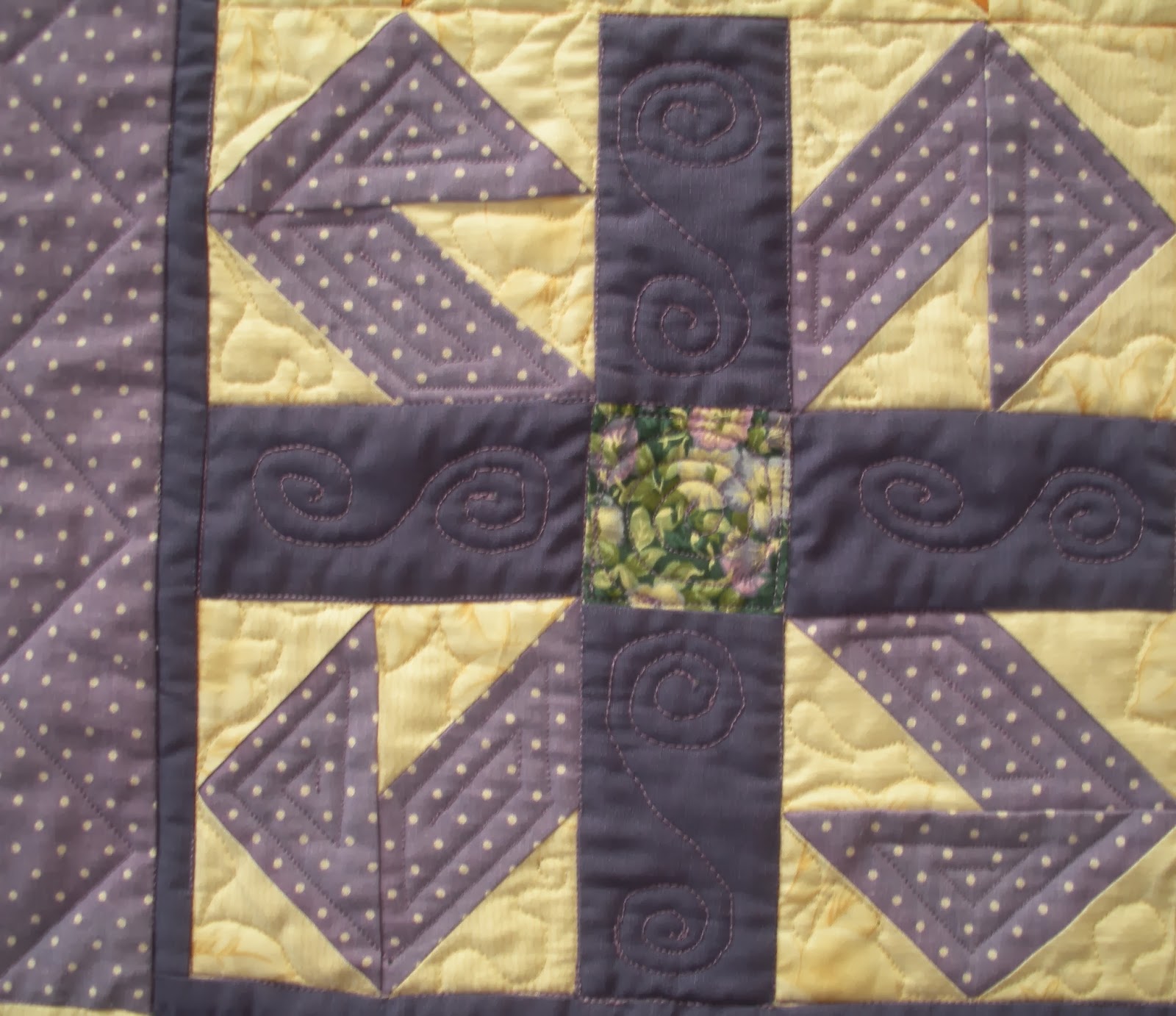 I was hoping to take a few more charming photos, possibly posed with teddy bears, but it has been so cloudy and rainy here--thank heaven!--that will have to wait.
Posted by captainhook at 5:19 PM