Everyone around here has been making bunnies from this cute-as-anything pattern that is so simple, even a beginner can knit one.  The bunny is cleverly made from a single knitted square.  It's genius!

I resisted for awhile because I have so many projects going, I didn't want to take time to knit even a square.

But they are so darn cute, I finally caught Bunny Fever, and I realized I probably had a swatch or a sample square from some test pattern or other lying around that would work fine for a bunny.

I raided the stash--yes, I even have a stash of swatches that can be used to teach classes and/or may become a blanket someday for charity.

Anyway, here's the link for the free pattern by Jackie Erickson-Schweitzer:  Bunny from a Square. 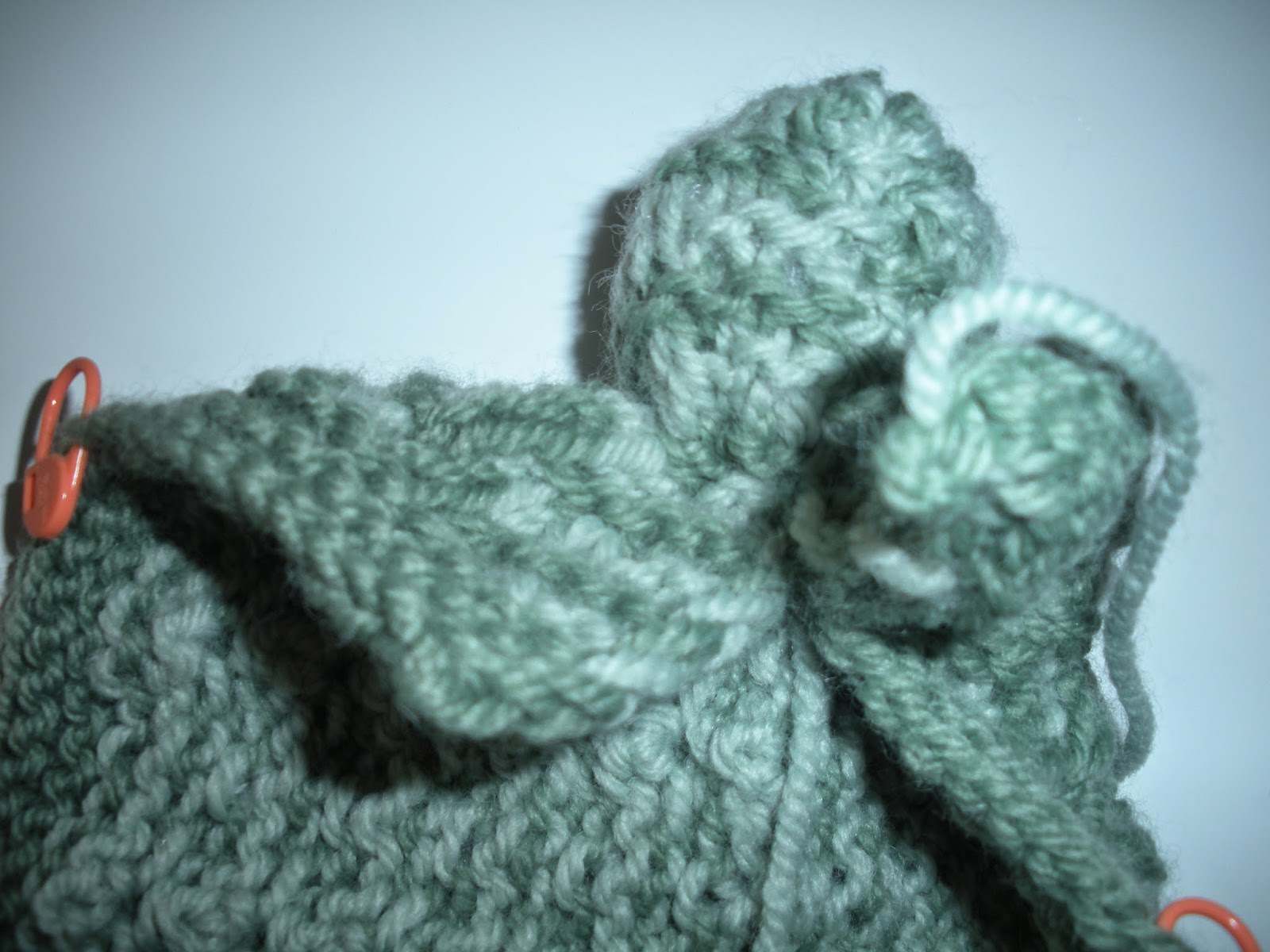 Here's the beginning of my bunny, with his head and one foreleg stuffed.

Below, both forelegs stuffed! 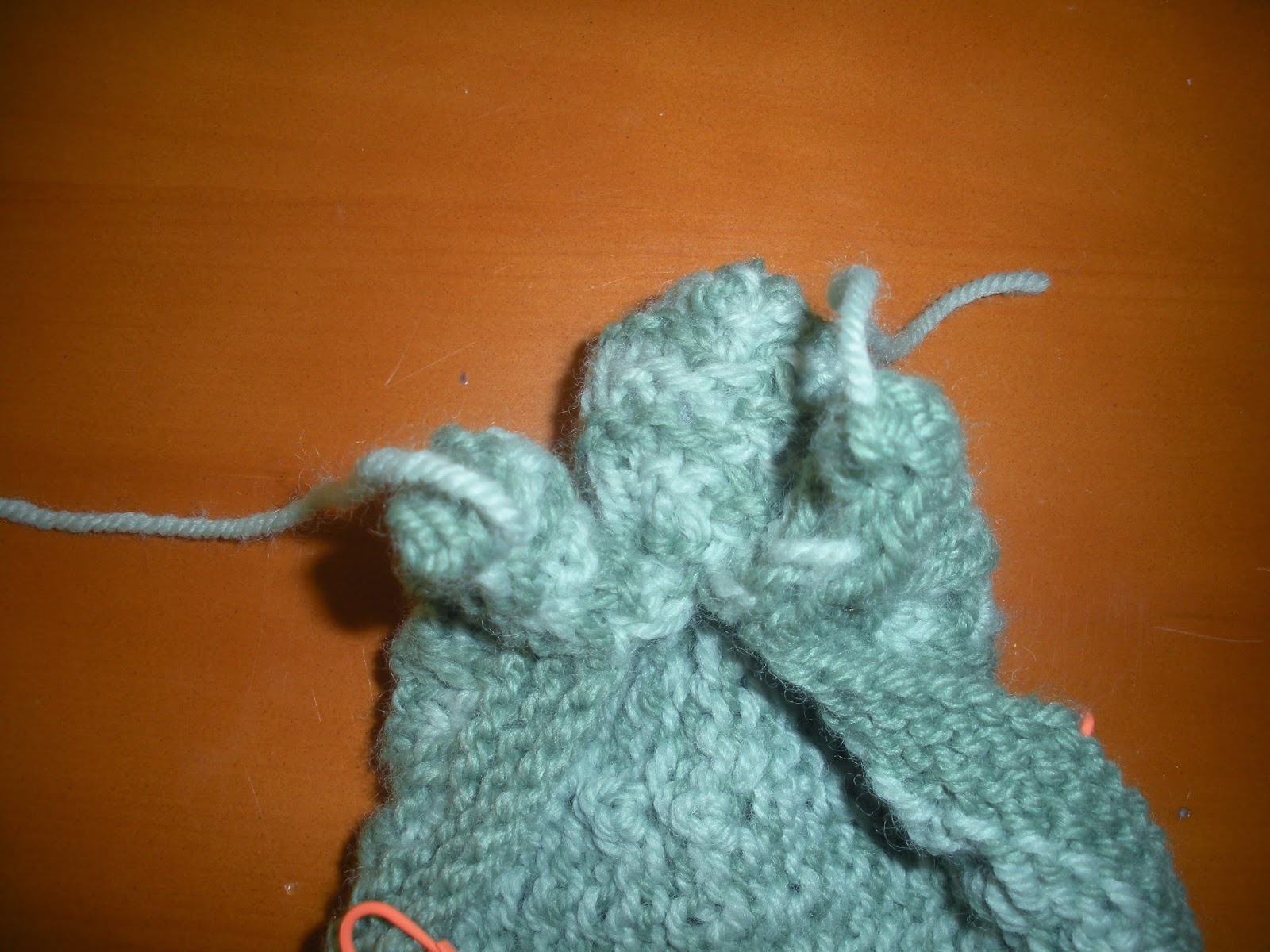 I ran out of polyfil stuffing but took him to the shop anyway, to confer with Lorrie's bunnies (the three on the left) and Betty's (the two more traditional bunnies on the right).

Below is Herbie Bunny (so named because of his sage green color) fairly well stuffed and ready for his tail, and maybe a little nose, or eyes, or something.  And definitely, ears.

I wish I had put a little more stuffing in his back legs.  Maybe I can find a way to poke some in with a chopstick.

Even though Herbie isn't quite finished, I wanted to post now so more people can find this bunny pattern if desired.  'Tis the season.

Be sure to sign up to follow my blog--I offer new patterns all the time, many of them for free! 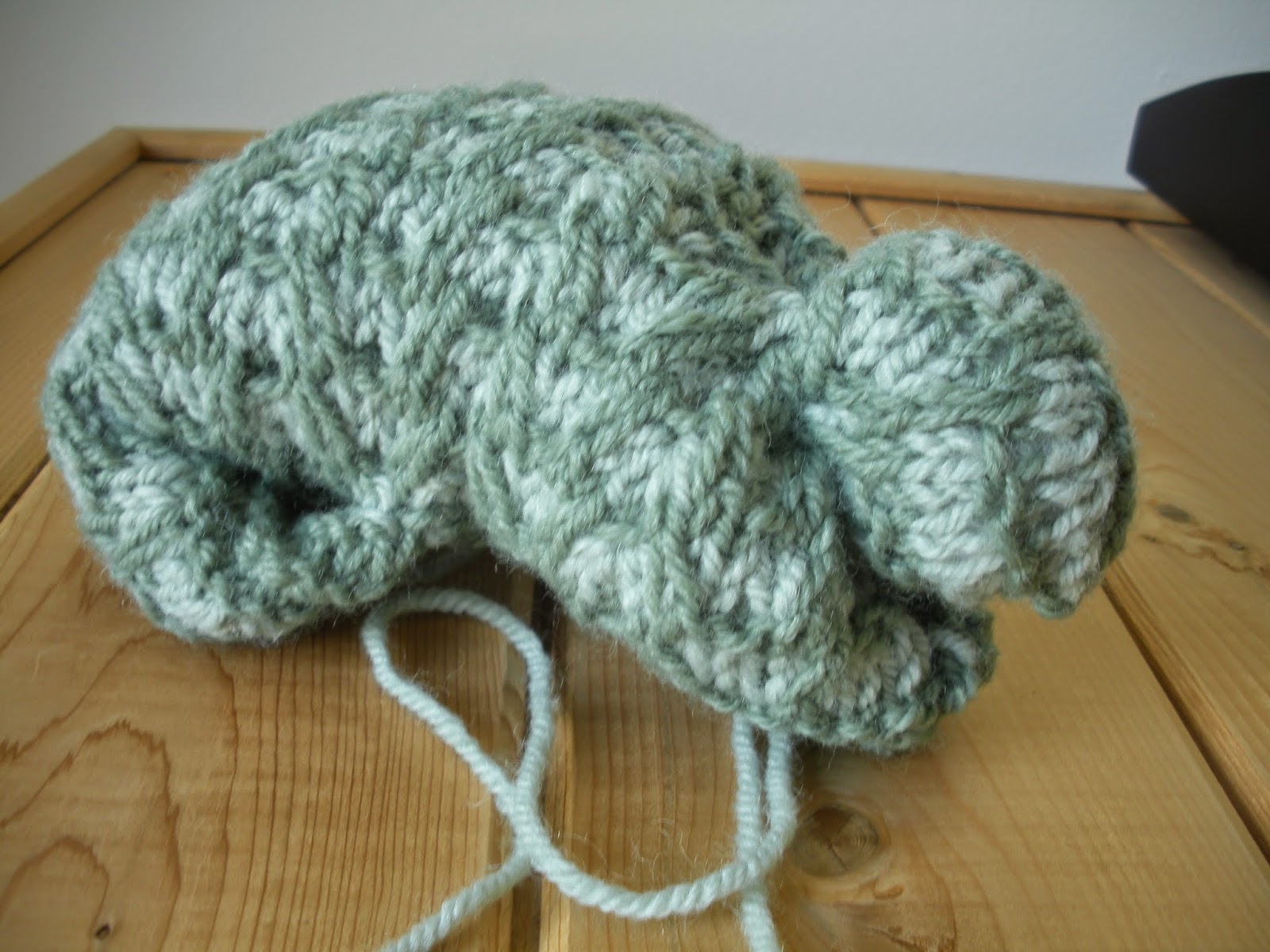 Posted by captainhook at 4:31 PM