A lot of my friends are expecting grandbabies these days, and I heard one of the mothers-to-be is leaning toward neutral colors and elephants as a general nursery theme.  I used this as an excuse to knit this child sized hat, from a free pattern I found online:  Elephant Hat. 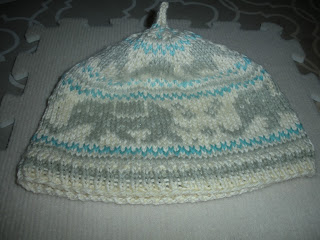 It's a little too large for a brand new baby, but I wanted to make it anyway.  I like those elephants!  The pattern is straightforward, as far as following the color changes in the charts.  Since it calls for more than one color in each row, I had a chance to dust off my skills with "throwing" the yarn.

That's the first way I learned to knit, holding the working yarn in my right hand and throwing it around the needle to make a stitch.  It's a bit unwieldy, and in my case, tended to cause losing the right needle entirely since I had to let go of it.  Which caused loss of stitches.  Which caused much wailing and gnashing of teeth.

I finally learned the Continental style, holding the yarn in the left hand, and just "picking" it with the tip of the needle.  Being a long-time crocheter, it made a lot of sense to me.  I knit almost everything this way now. 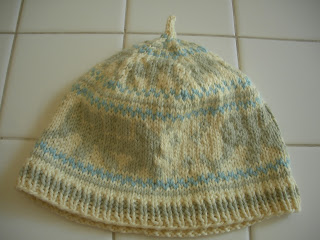 But the first time I knit something resembling Fair Isle, I held both colors of yarn in the left hand, and picked the one I needed as I went, causing much tangling of yarn, which in turn caused much pausing to untangle the yarn, which caused concomitant irritation and frustration.

Then I took a class where I learned to use both knitting techniques at once.  In case you haven't done this yet, here's how it works: 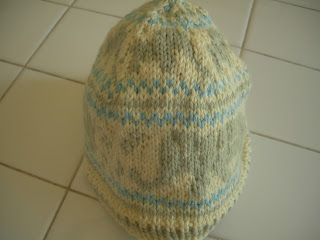 Hold one color in the left hand and the other in the right.  Knit the left hand color Continental style, and use the throwing technique with the other color.  Far less tangling!

Here's a link to my photo tutorial on how to catch the yarn you aren't using every 3 to 5 stitches, so you can carry it along invisibly on the "wrong side" of your project.  (Just scroll towards the bottom on that page to find the tutorial.) 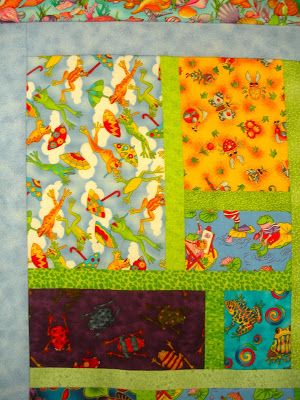 These froggy fabrics, donated to Community Projects, make me so happy--the little critters look like they're having so much fun!

There were a few fishy fabrics as well,  a seahorse or two--love those--and one with cute little bugs (the yellow fabric.)  Throw in a few lizards and you've got quite a party going on. 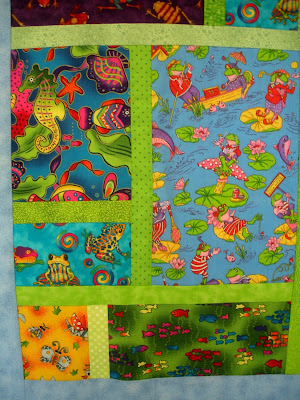 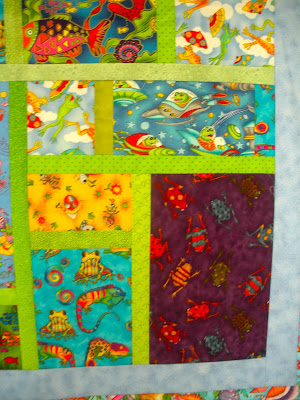 I found a great free pattern online that I thought would work well with big prints. Check out the free patterns on Jinny Beyer's website and look for Serengeti.

It's a very easy pattern to throw together:  not a lot of points to match, big pieces of fabric, a good time to be had by all.

I only had one scrap of frogs in spaceships, so I was happy to find a pattern that let me use the whole scrap without cutting it up.  Makes me giggle every time I see it. 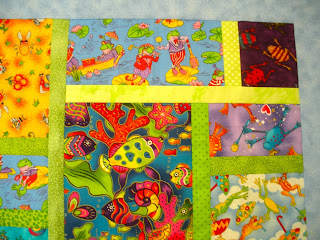 I chose one color family for the thin sashing, using scraps from my stash and from Community Projects.  A slightly contrasting blender fabric made the inner border, then mad seashells on the outer border. 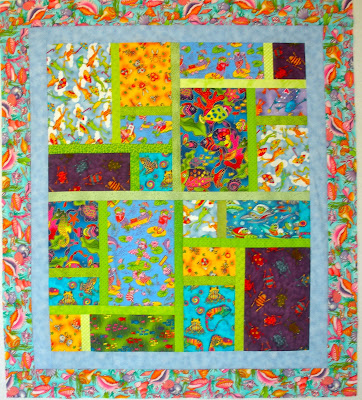 It's a busy little quilt top, but I think it's cute.

Elisa and I started our shop hop at Roxanne's this year.  I had the idea that this year I would take some cute pictures of the shops along the way. 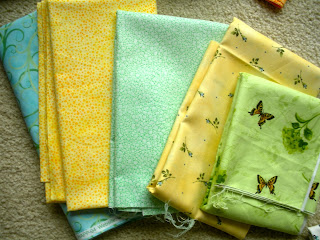 And we were trying to hit nine shops in nine hours, and we were also shopping for our friend Debbie, who had a theme for her fabrics that seemed to us both specific and vague at the same time.

Figuring 4.5 to 5 hours of driving time alone, that doesn't leave a lot of time to shop!  Especially if you hit major slowing down traffic (a.k.a. "the T word"), which we did, twice. 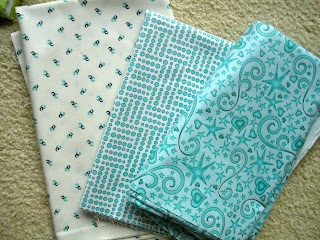 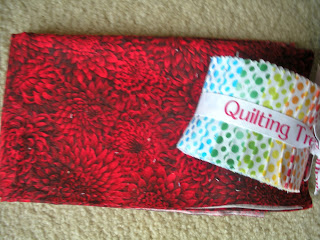 We thought we'd be driving by the last shop at 5:59 and yelling out the window, "Can you run out here into the street and stamp our passports?"

But we made it with eight minutes to spare!

Somehow, Elisa managed to take care of her own and most of Debbie's shopping, and she was forever standing around waiting for me while I either grabbed one last fabric cut, or made a pit stop.

We love getting our goody bags at each shop, and some of the shops have little games to play, like a bean bag toss, to win little prizes, which is always fun. 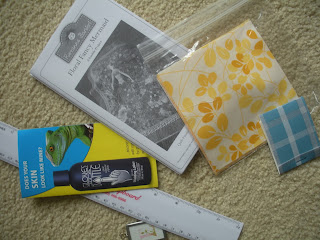 We got to experience some wonderful California microclimates:  59 degrees on the coast in the morning, 104 in Paso Robles by 12:30, and when it's that hot inland in June, the coast a few miles away is often getting our famous "June gloom."  Here's the fog, waiting for us as we were heading home at the end of the day, blessedly cool. 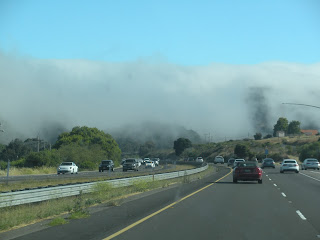 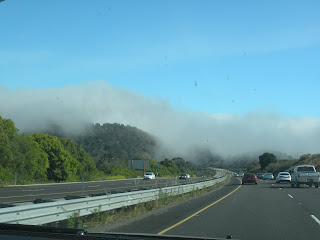 Posted by captainhook at 7:45 AM No comments: